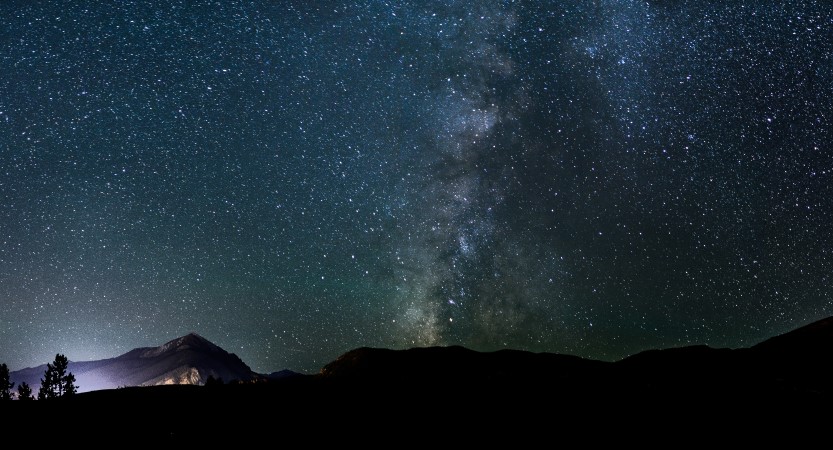 Though it may be easy to stand in the present and fault previous generations for being ignorant of the things in which we are knowledgeable today, does this mean we have all the answers? No, it doesn’t. We don’t have all of the answers because we haven’t asked all of the questions. Moreover, some of our answers should be questioned in light of the most advanced scientific discoveries.

As knowledge increases so should questions that elicit information rather than degrading statements that serve as attacks, attempting to thwart perceived threats to destroy our fortresses of science. It is probable that a big news story will break tomorrow potentially changing something we know is true. Maybe tomorrow the world will learn that fiberglass causes cancer, just like the day it was officially known that asbestos causes cancer. Remember, before the late 1990s it was known that black holes didn’t exist near young stars and no one had any inclination that we would find one in the center of our own galaxy.  But it wasn’t until in the 2013 that science gave us new clues as to how a black hole actually would appear in close proximity – curving inward on the top and the bottom of the event horizon – as seen in the movie, Interstellar.

Perhaps tomorrow we will find a cure for ABOS – All But One Syndrome, the process by which people go to a grocery store and buy all but one item on their lists (if you find that news story please share it with me). The fact is, any subject could be news tomorrow that changes the world. As knowledge increases questions should be asked. And even if the present answers are confirmed facts, some answers should be held in question.

Remember, you can’t start a sentence with and (as I just did).

Whether fact or fiction there is a question among us whose answer may be difficult to assimilate. Regardless, this question must be answered according to the highest scientific standard. Research must be objective. Possibilities must be assumed. We as a species owe it to ourselves to fully understand. Answering the question, Is there or is there not intelligent life in the universe? May seem impossible. Even though unexplainable physical evidence has been collected, that doesn’t mean that it came from a non-terrestrial intelligence. But, what if I’m wrong?

Investigation into this subject matter, being referred to as The Phenomenon, is like throwing dice at an unopened deck of Uno cards on a Monopoly board and trying to win the game. The pieces of this puzzle resemble familiar concepts – games with predictable rules. While researchers have made progress in learning the rules of this game they’re still having trouble: the cards won’t shuffle, the dice roll in decimal forms that won’t fit between Monopoly spaces, and more players are needed who are willing to learn as they go.

The following topics addressed may pull you out of your knowledge-zone. But, I am beyond convinced that our quest for a complete understanding of the universe has already begun. For this reason, is there a better time than now? When we fully dedicate our time and resources to knowing the truth nothing can stop us.

But there is a barrier.

My son is fourteen and has high-functioning autism. I love the conversations we have not just for the quality time but also for his insight. Recently, he said

“Life is a video game and the final boss is Fear, the same instinct that

has kept us alive for thousands of years.”

His point is that fear is a powerful instinct and has aided in our survival. Yet, to ensure survival for eons to come, our fear of the unknown must be bridled.

The issues I discuss will either draw you in or turn you away. Regardless of your reaction, the truth of the matter is simple – anomalous aerial vehicles have been observed in flight throughout the skies all around the world. Materials from these machines have been obtained. They display exotic physical properties and are currently being analyzed by highly credible researchers.

These materials appear to have been formed through machine technology we are not capable of replicating anywhere on Earth. The most unusual of these materials contain rare-earth metals and even metals that do not originate from Earth, the purities of which are unmatched on our planet. However, this game can barely get off the ground due to pervasive societal fear(s).

This is where investigation into The Phenomenon currently stands as far as the public is concerned.

Stepping into the realm of the uninvestigated can be mentally difficult for many people. Unifying a dichotomy requires a type of strength that I’m not sure can be taught. I mean, how to do you help another person come the realization that something from the fantasy area of their mind is now reality? And how does this new element of reality change every single other aspect of reality?

These are a few of the questions I am trying to answer as I seek ways to help you and many others become unafraid.

Five Hours of Lost Sleep or 450 Lost Lives, Which is Worse?